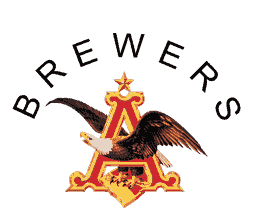 Brewers Distributing is a family-owned distribution company located in Peoria, Illinois. Established shortly after the repeal of Prohibition in 1933, the company was originally run by the Koch family and was involved in numerous businesses including beer, spirits, candy, and office supplies. Many of these interests were sold off over time as the beer business began to excel again.

Walter F. (Budd) Jacob began his career at Anheuser-Busch in 1952 where he worked in a number of positions. He started out loading boxcars, worked in the warehouse, and was promoted through the company until becoming District Manager.

The Jacob family would eventually relocate to Peoria from the Chicago area in 1968. Budd left Anheuser-Busch to buy into Brewers in 1974. In 1978, he purchased the remaining shares from his partner and became the sole owner. Budd was the definition of a tried-and-true “Bud Man” and was very involved in the company until his passing in 2014.

His family, and the Brew Crew, are continuing to run Brewers Distributing in honor of Budd’s legacy.

Today our portfolio includes national beer brands like Budweiser, Bud Light, and Michelob Ultra as well as distinguished craft breweries such as Goose Island and Firestone Walker and import brands including Stella Artois and Dos Equis. We also carry many non-alcoholic products including Sparkling Ice, Nesquik and Essentia Water.

Brewers proudly employs over 75 members of the local community that work hard each day to ensure we provide the best possible service in a five-county area. The Jacob Family has been dedicated to the Peoria area for nearly 40 years and will continue to support our community for years to come.

MAKING FRIENDS IS OUR BUSINESS.

Delivery Drivers stand proudly in front of their trucks near the Cedar St. Bridge in the 1930s.